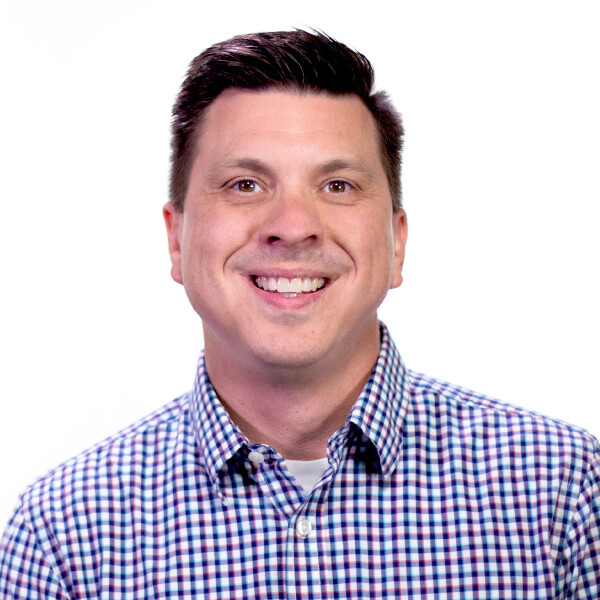 Mark was born in Kalamazoo, MI to a Christian family and accepted Christ as his Savior at the age of 5. His family moved to Warsaw, IN when Mark was a young teenager. After high school, Mark proceeded to Cedarville University where he graduated with a BA in Multimedia Technology in 1995. He began his professional career as a video editor and producer at a company in Davenport, IA. While singing in the church’s choir, he met his wife Sylvia and they married in January 1998.

After 7 years in the Quad Cities, Mark took a job working for his alma mater, Cedarville, in the production department. While working at Cedarville, Mark and Sylvia began attending a church in Dayton, OH, and Mark eventually accepted the Director of Media position there in 2003. After several years working on staff, Mark and Sylvia felt called back to the Quad Cities and he signed on with his former employer as Director of Operations.

In 2009, Mark felt the call back into ministry, and in March 2010 he began his role at our church as Director of Media and Production , then became Pastor of Creative Arts in 2014.

Mark and Sylvia reside in Bettendorf and have been blessed with 2 wonderful children: Alyse and Zachary.